Arizona was a whirlwind! 🌵 We no more arrived a

T-2 days until we head back to Arizona!!! So excit

GIVEAWAY TIME! I’ve fallen in love with these wo

Lots of new suits over on 📲 www.liketoknow.it/a

@ellieactivewear for the win! 💪🏼💗 Now if

Save VS spurge on the cutest color block sweatpant 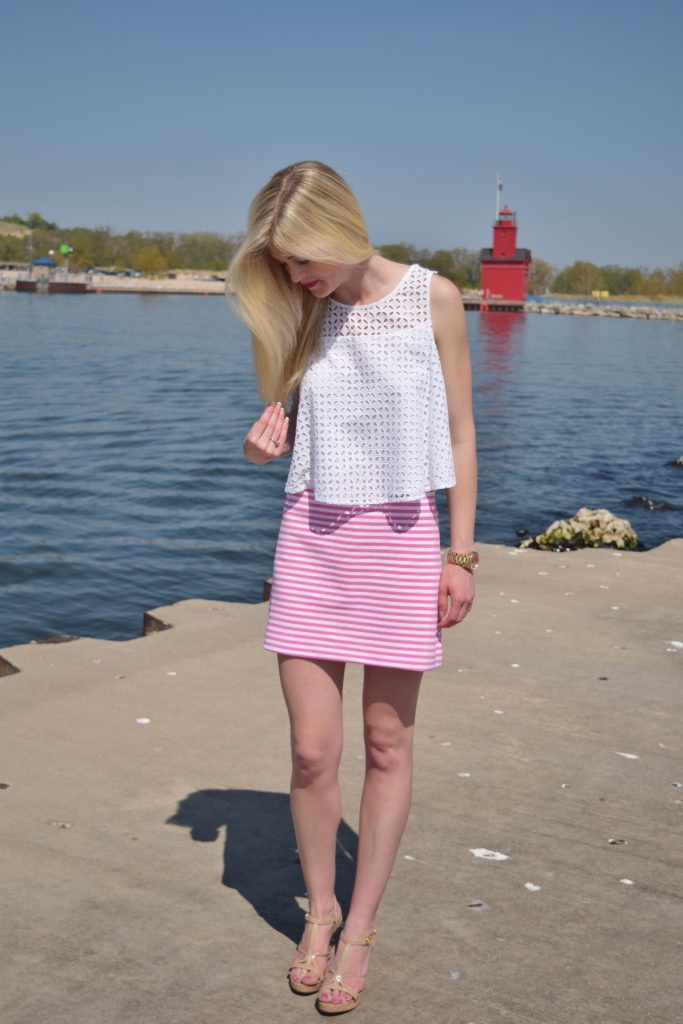 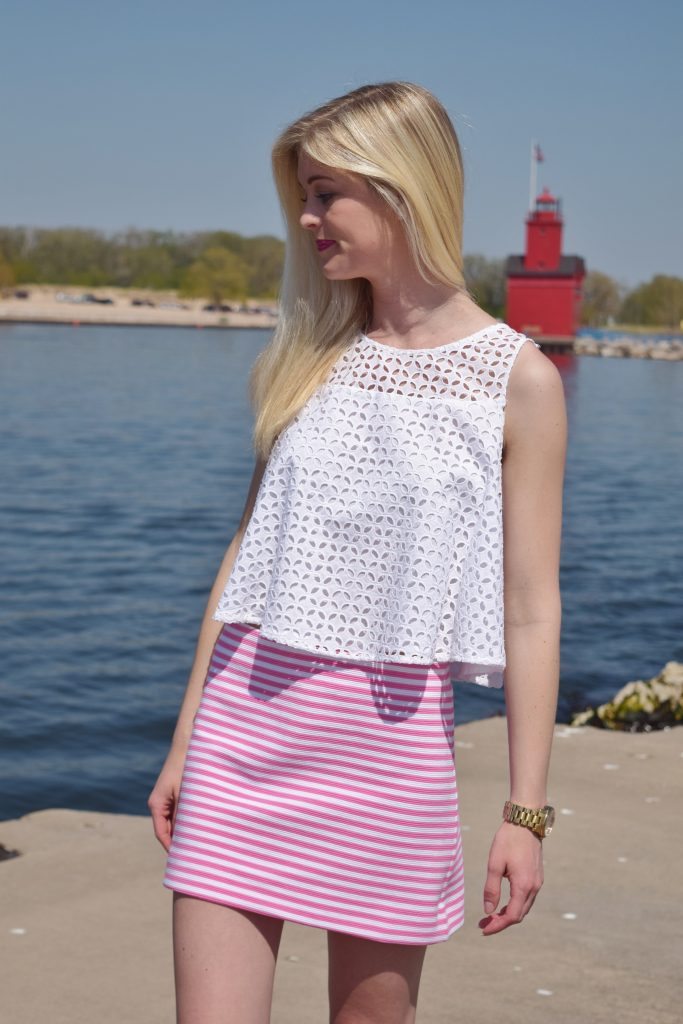 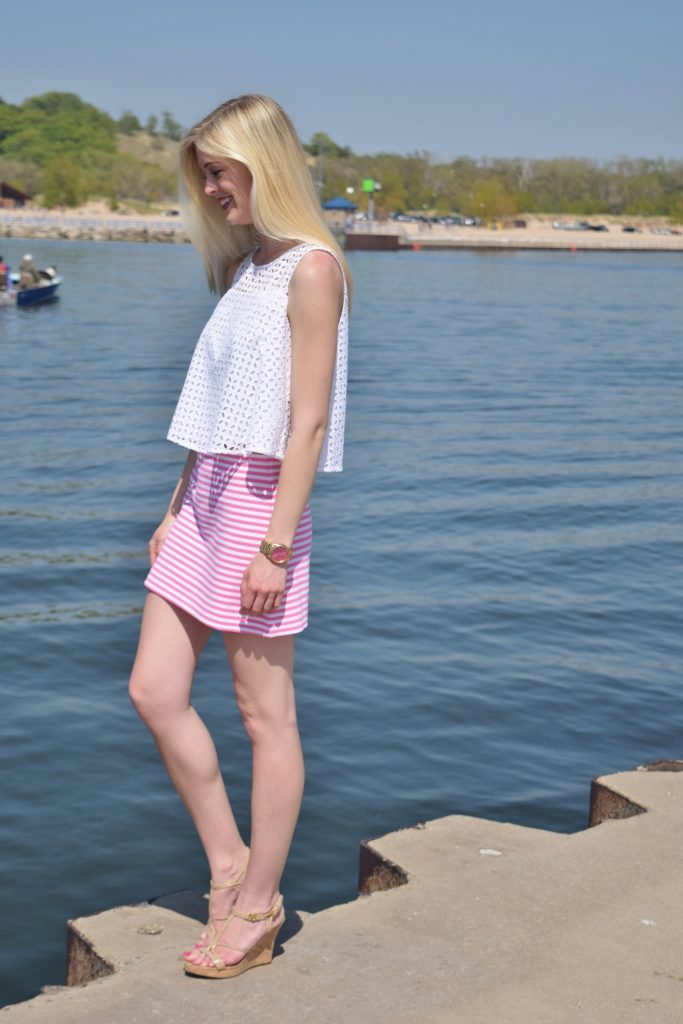 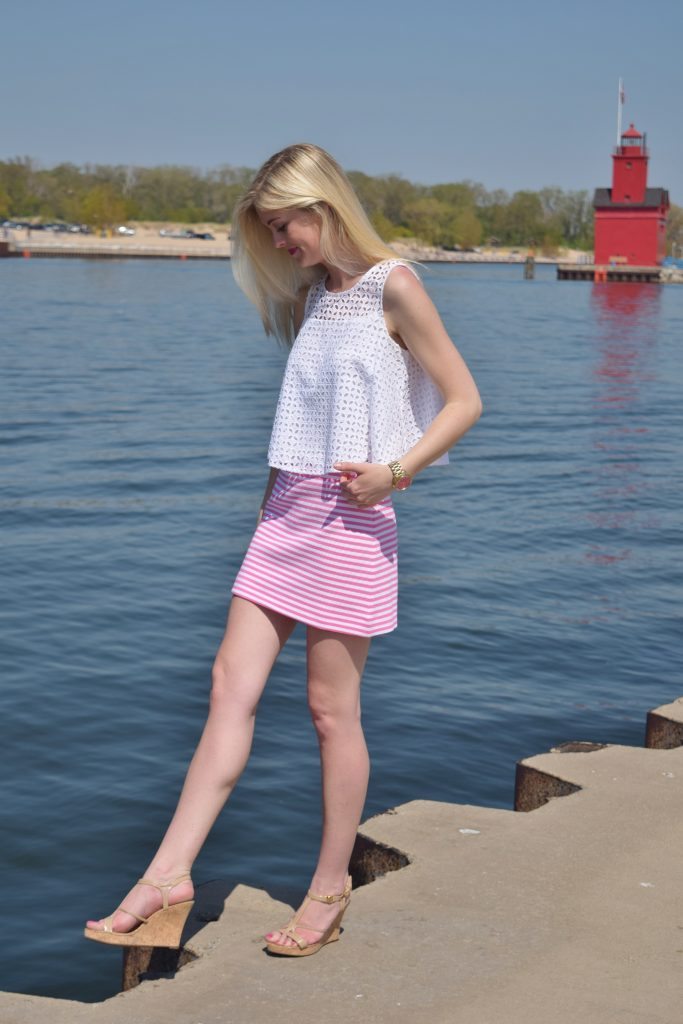 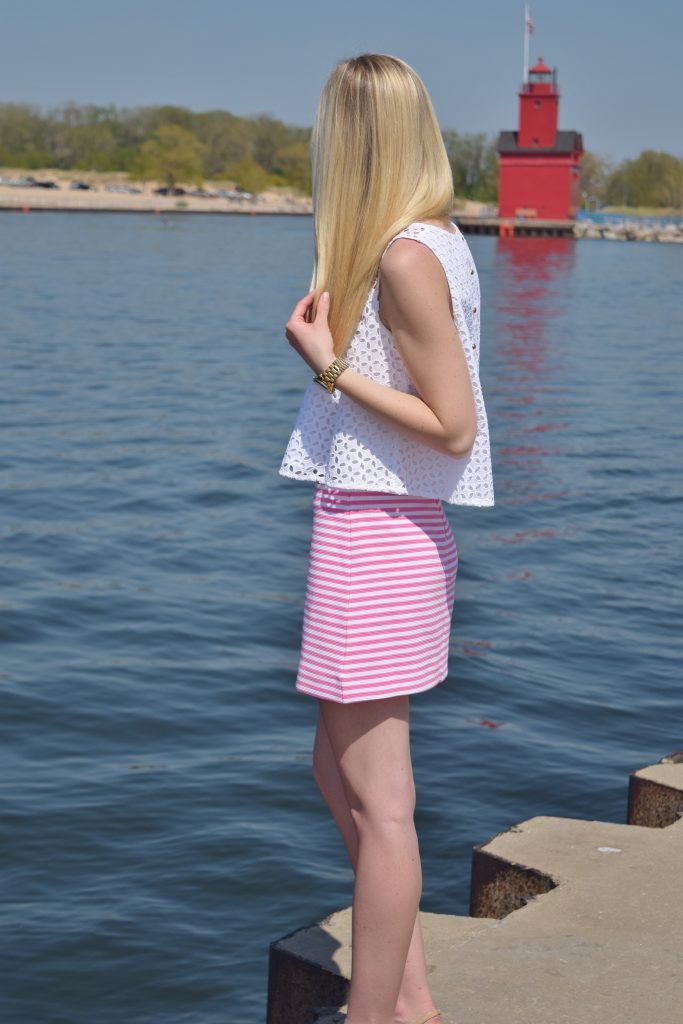 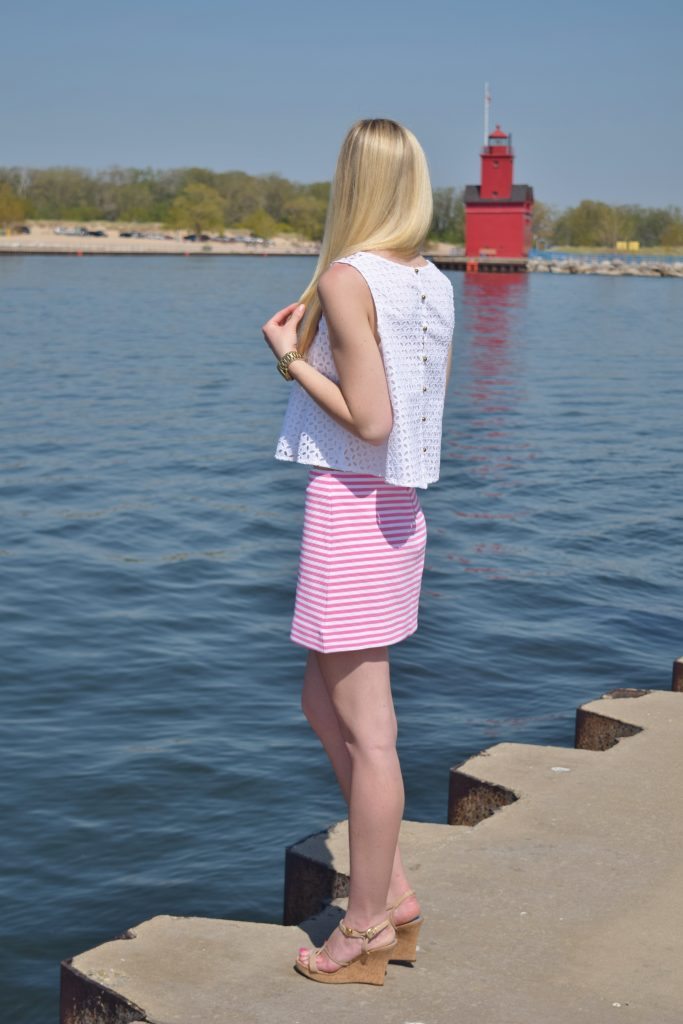 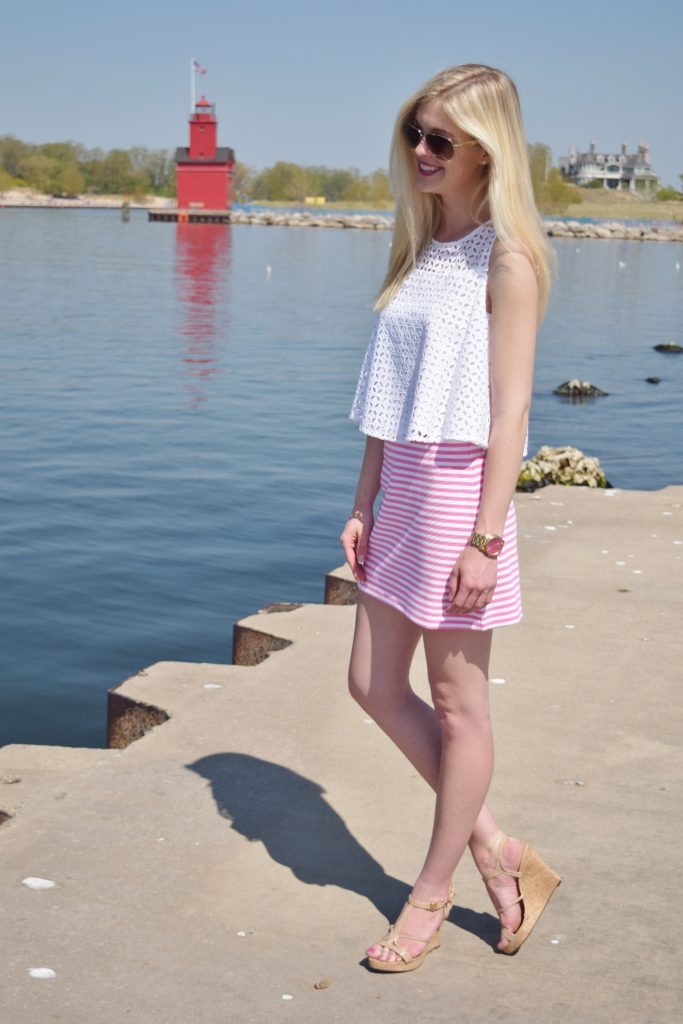 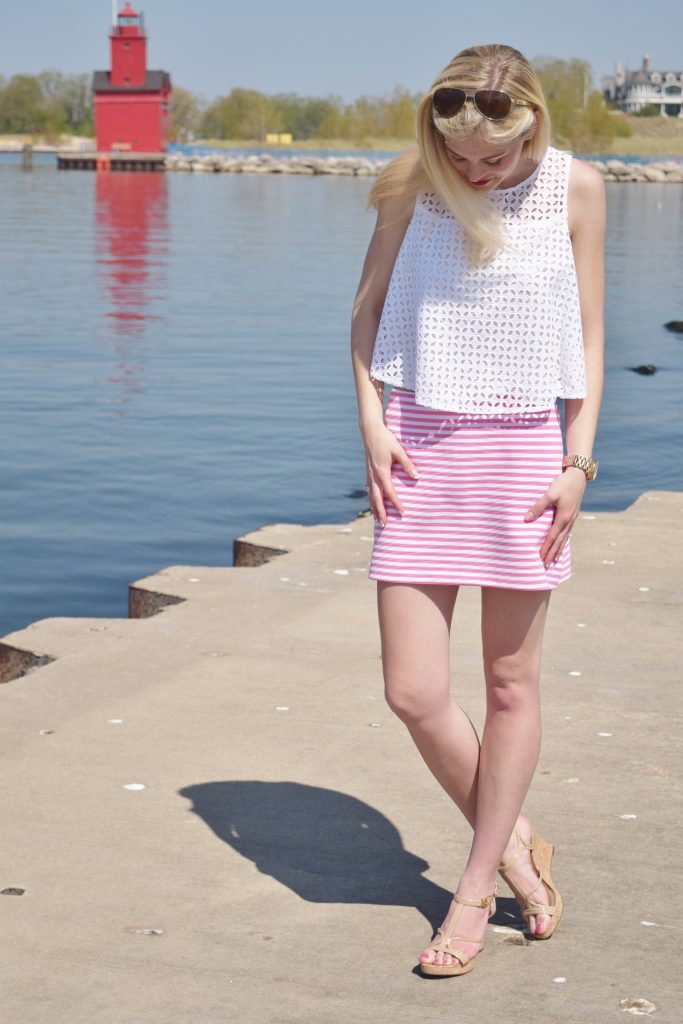 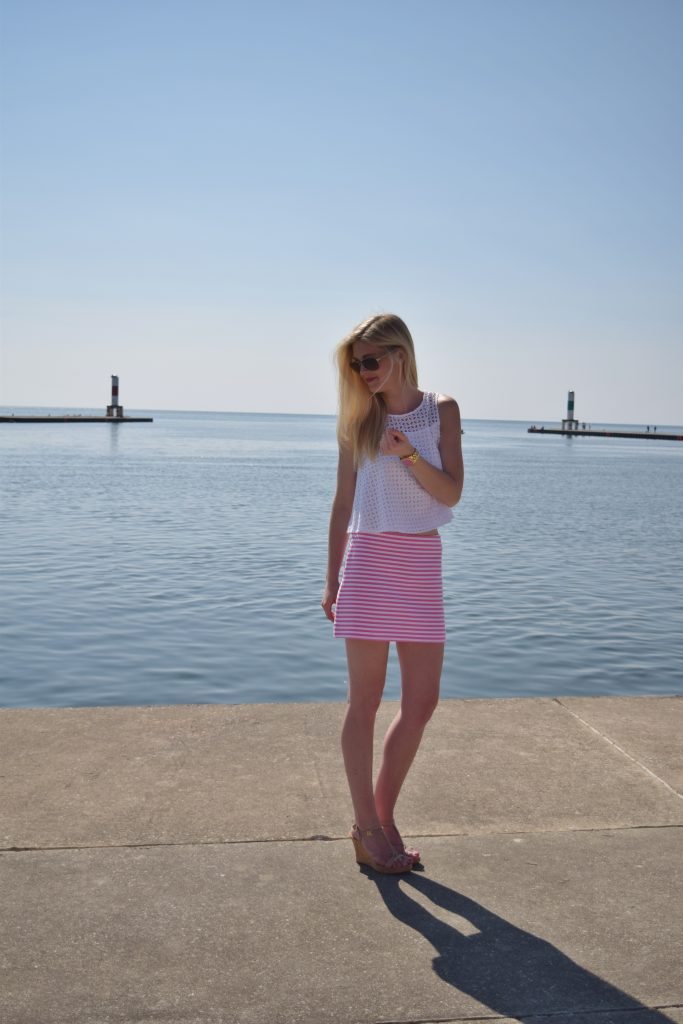 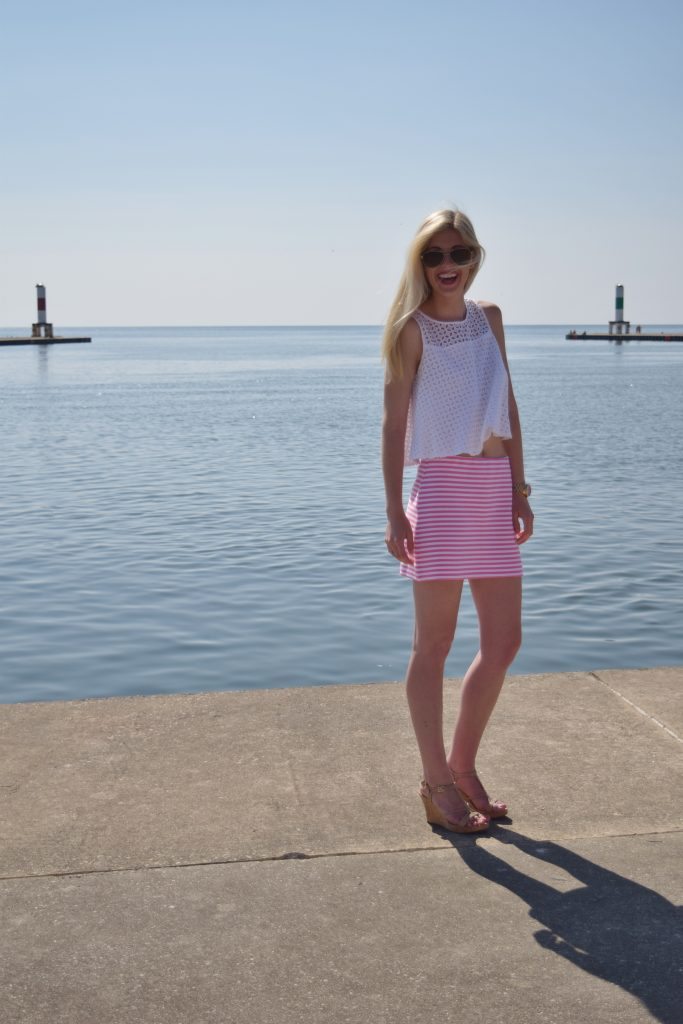 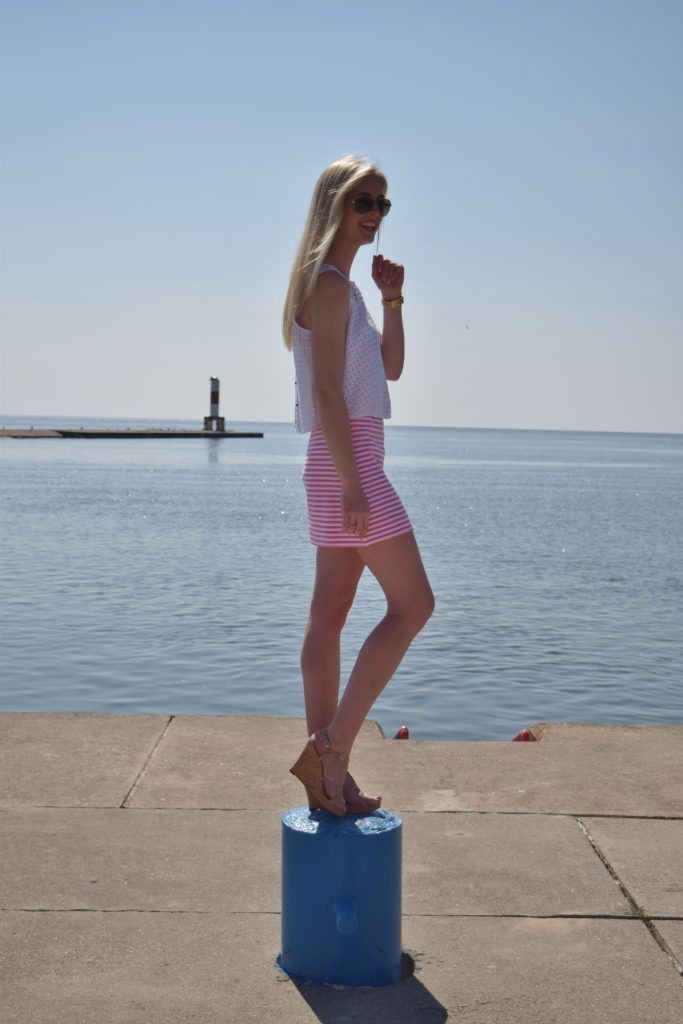 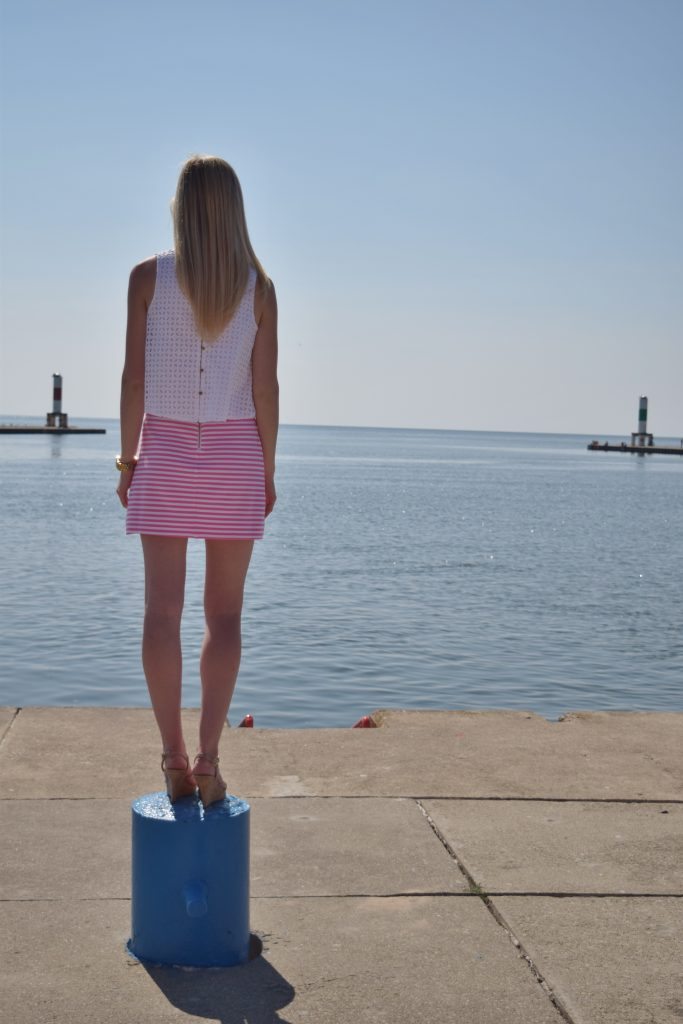 Admittedly, I had no idea that the month of May is National Stroke Awareness Month. Purple represents the cause. I heard it on the news the other morning which just so happened to be the same morning that I was headed to Holland, one of my favorite places! I had a list a mile long of things to I wanted to accomplish while I was there, but even still, I made time to make my way out to the pier. I crave the pier because I just love it! I’d like to say I don’t know why because I think that would be the easiest answer but that’s not entirely true. I think I love the pier so much because it’s a place that gives me an overwhelming sense of comfort while at the same time serves as a place that makes me feel like I could take on the world. There I was in my pink striped Lilly skirt on a beautiful sunny day contemplating about 1,000 different thoughts at once (typical), one of which being how my Dad had had so many Strokes and perhaps I should get involved and act as an advocate for Stroke Awareness. Strokes played a big role in my life growing up. I’ve witnessed my Dad have a Stroke, I’ve heard my mom shout to call an ambulance as she witnessed my Dad have a Stroke and I’ve witnessed the aftermath of a Stroke ranging from the change in our family structure to the different levels of brain injury that each one left my Dad with. My Dad had quite a few Strokes before his eventual passing in 2011. Though I know deep down my Dad is proud regardless of what I do, there still isn’t a day that goes by that I don’t brainstorm ways to honor him. My Dad was a doctor and he was very involved in the medical world. Not only did Strokes affect him, but they affected many of his patients too. It’s a small start but I figured I would share some stats that I picked up from http://www.stroke.org/stroke-resources/raise-awareness-stroke/national-stroke-awareness-month#ideagenerator that help to explain why stroke matters:

Moving forward, I would love to take a more proactive approach in raising stroke awareness. Whether it be through writing letters to my legislators (could be fun!) in support of stroke issues, participating in local runs that raise funds, or simply posting some info on social media here and there, all would be good places to start. Being on that pier made me feel like “anything is possible with sunshine and a little pink” (or in this case purple)! Wise words from Lilly Pulitzer. Never let yourself get bored or stagnate because there are far too many issues in this world that need advocates to bring them to light. Find a cause that you could put passion into knowing that even the smallest steps make a difference! What may be small to one person is huge to someone else! I hope everyone is having a great week!